Get bold sound that moves you and moves with you with this powerful, durable and versatile smart speaker.

View in your space with AR

Our recommendation:Looking to get your first Sonos speaker? The Move is the perfect speaker to start with. Featuring both WiFi and Bluetooth, you get the best of both worlds! 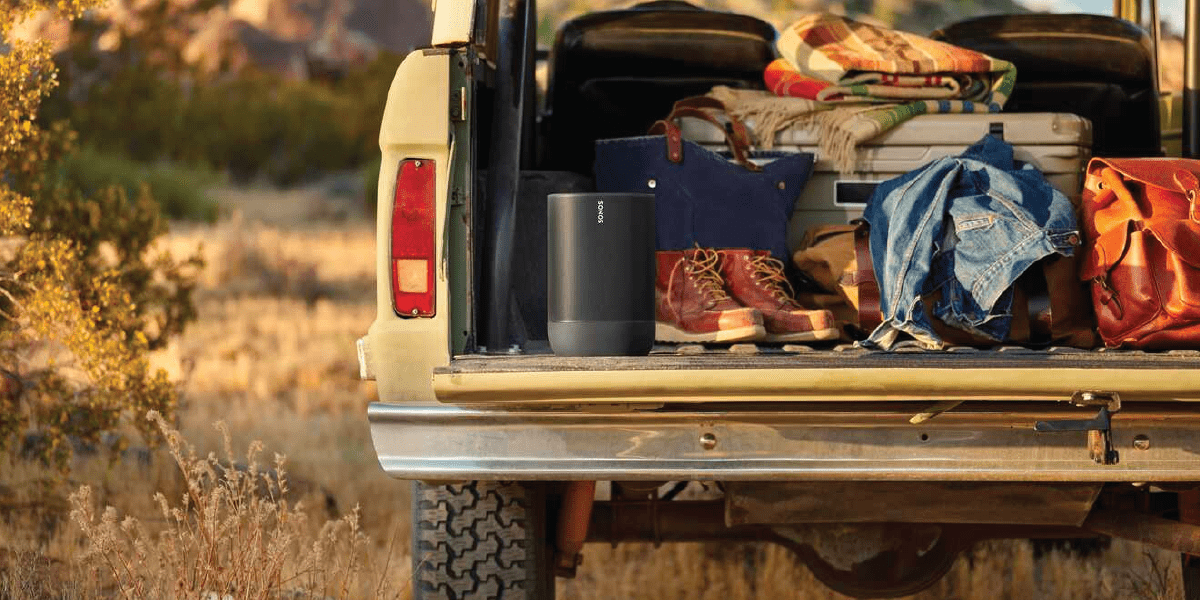 The Move has been designed to provide great sound both in your home and in the great outdoors.

Whether you’re taking it from room to room or out and about, it’s packed with all the features you need. 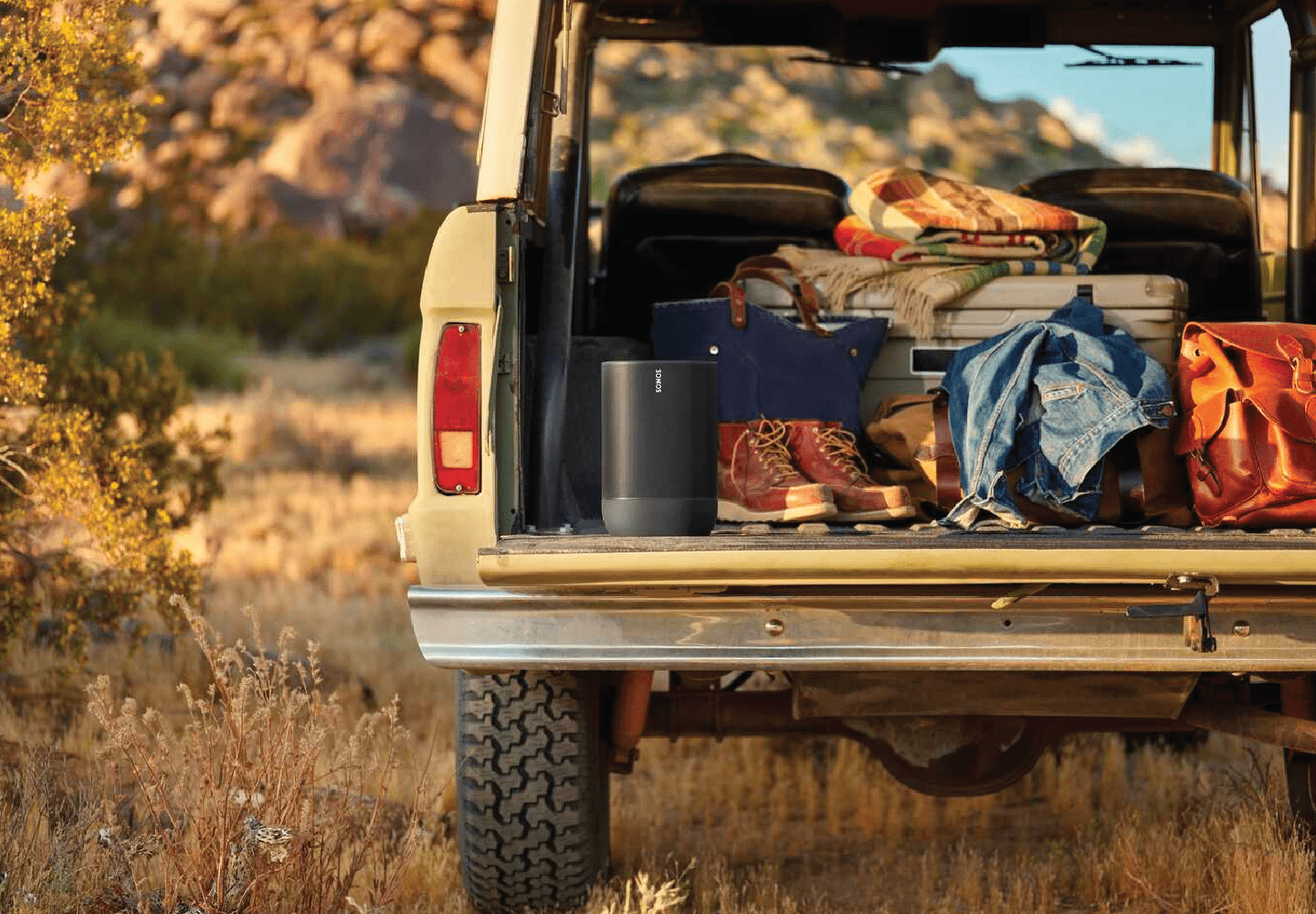 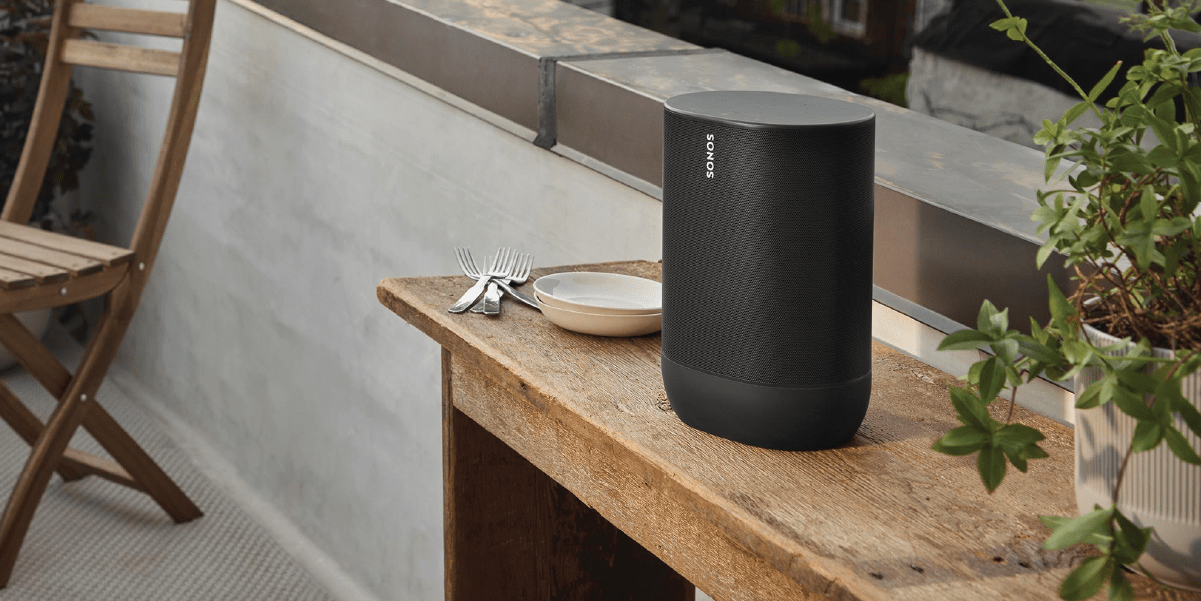 A unique feature on the Sonos Move is the new Auto Trueplay feature which automatically fine tunes sound to suit the environment you’re in.

The speaker can detect when it is placed somewhere new and will calibrate to provide the best audio experience for the new space. 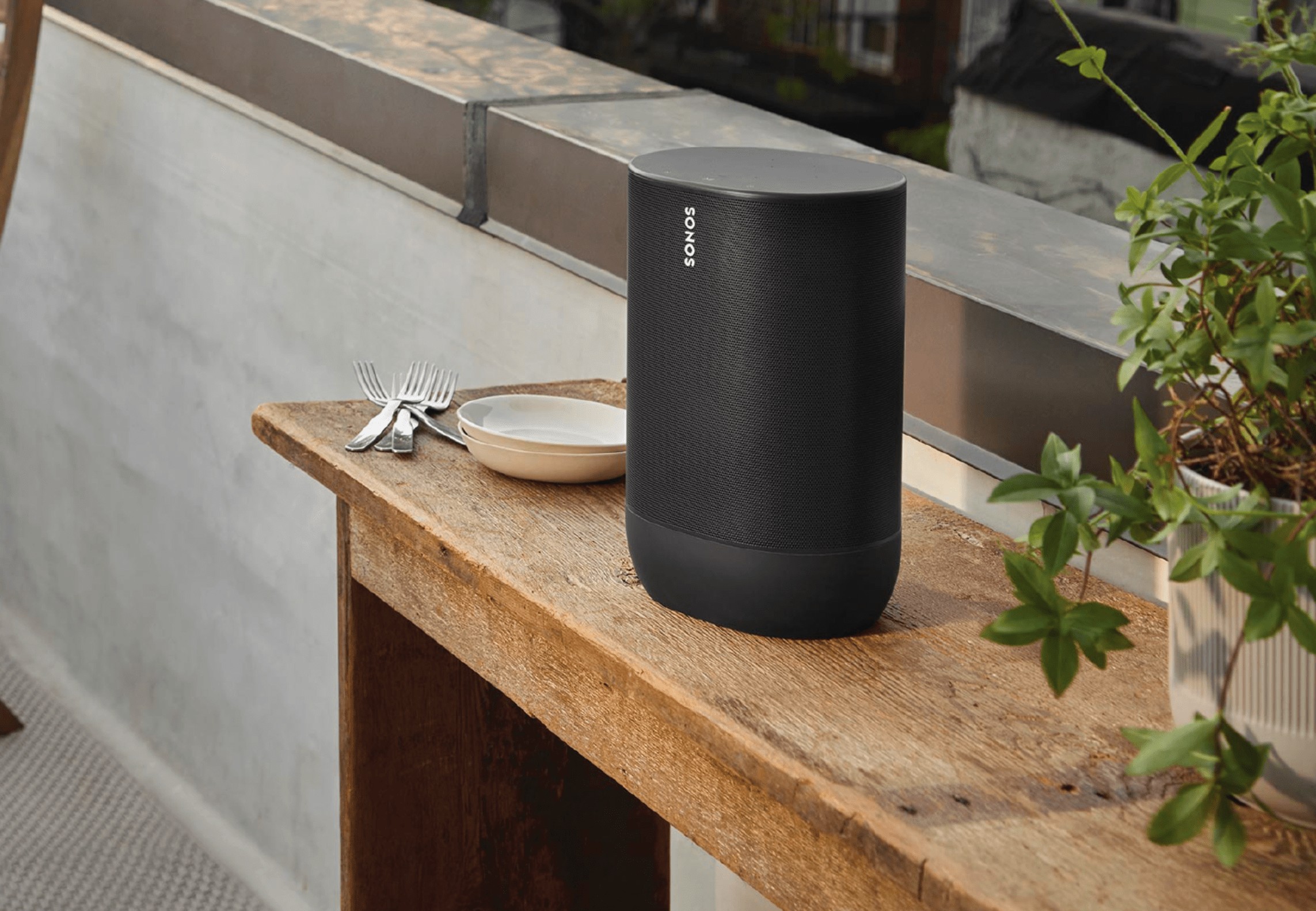 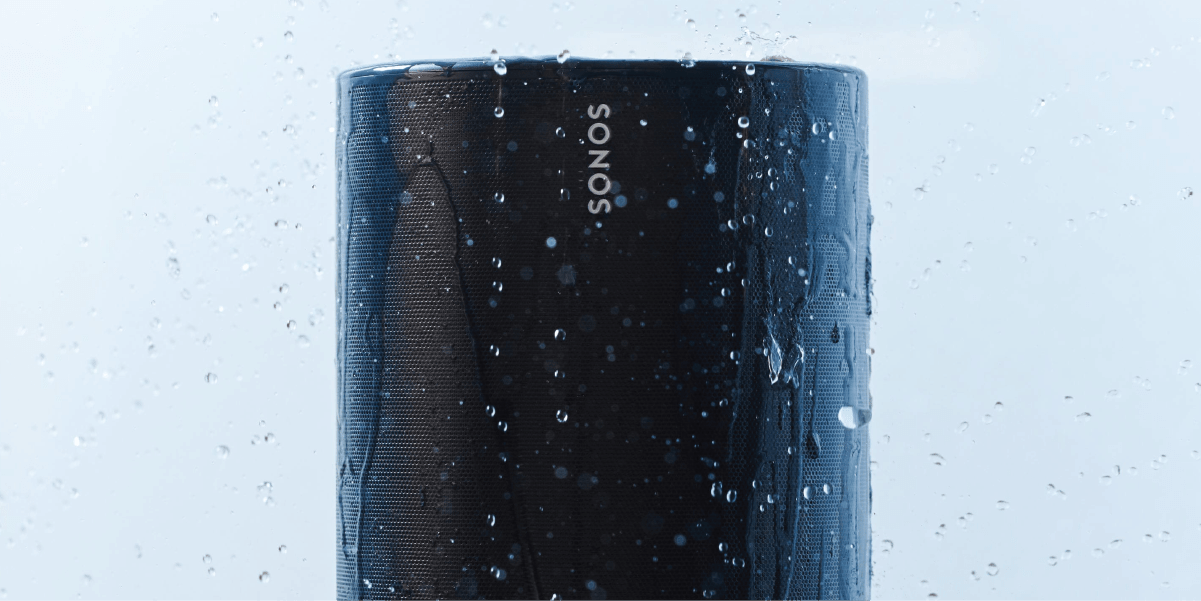 The durable design of the Sonos Move means you won’t be worried about getting it wet or dropping it when you take the speaker outside.

An IP56 rating means it can deal with snow, rain, dust, extreme heat or cold, UV rays and even the odd splash of ketchup.

The metal grille and rubberised, non-slip base offer a drop resistant exterior so the rugged Move can withstand a few knocks and bumps. 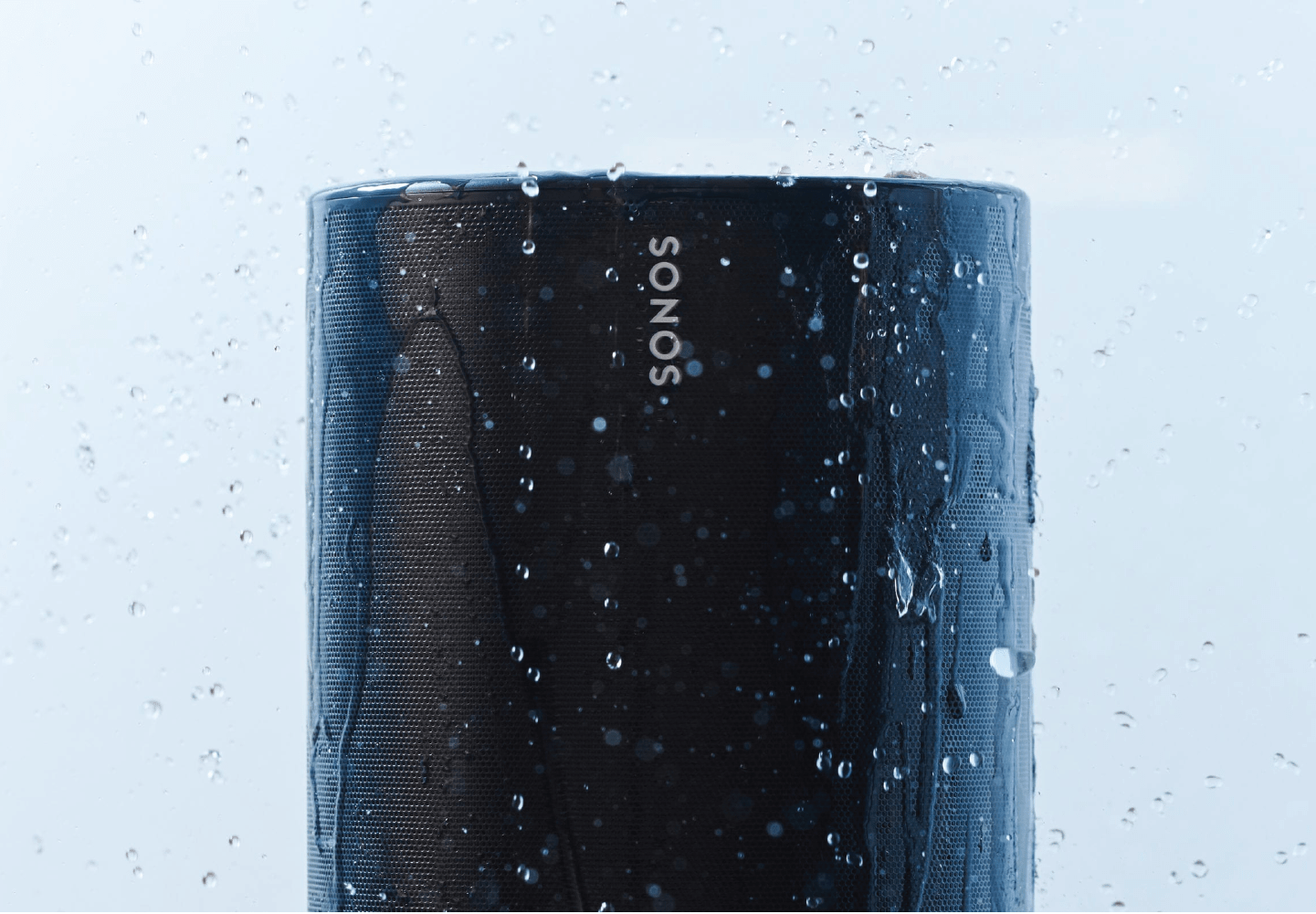 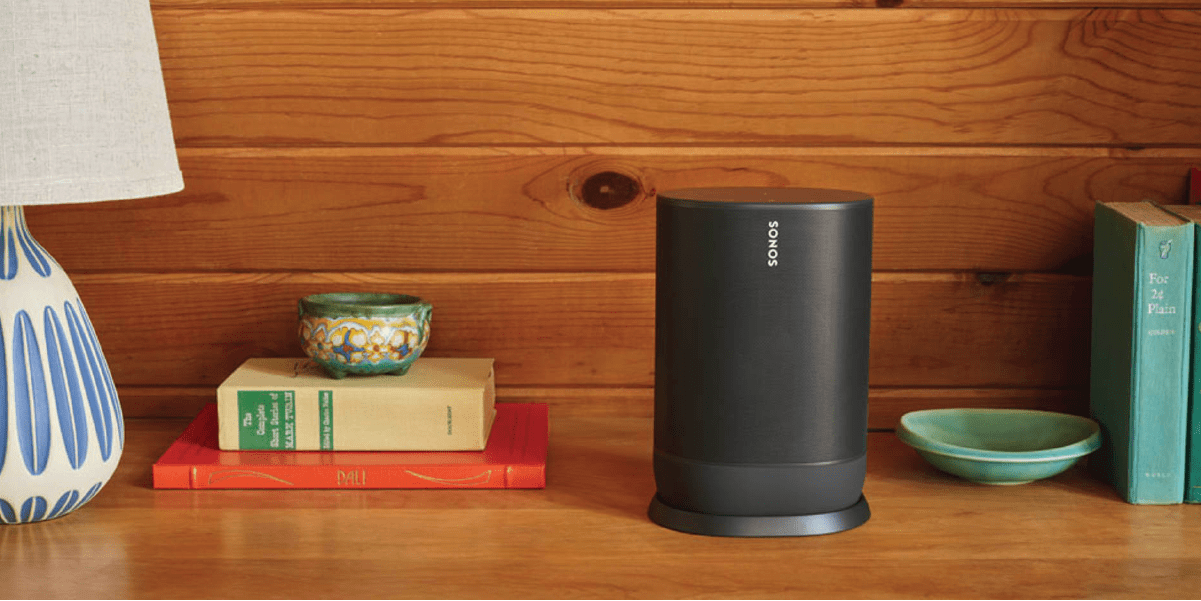 An impressive 11 hour battery life ensures you can keep listening for longer. When it’s time to recharge, simply place your speaker on the charging base included which will have your speaker up to full power in approximately 1 and a half hours.

The Move also has a USB-C port if you need to charge on the go. 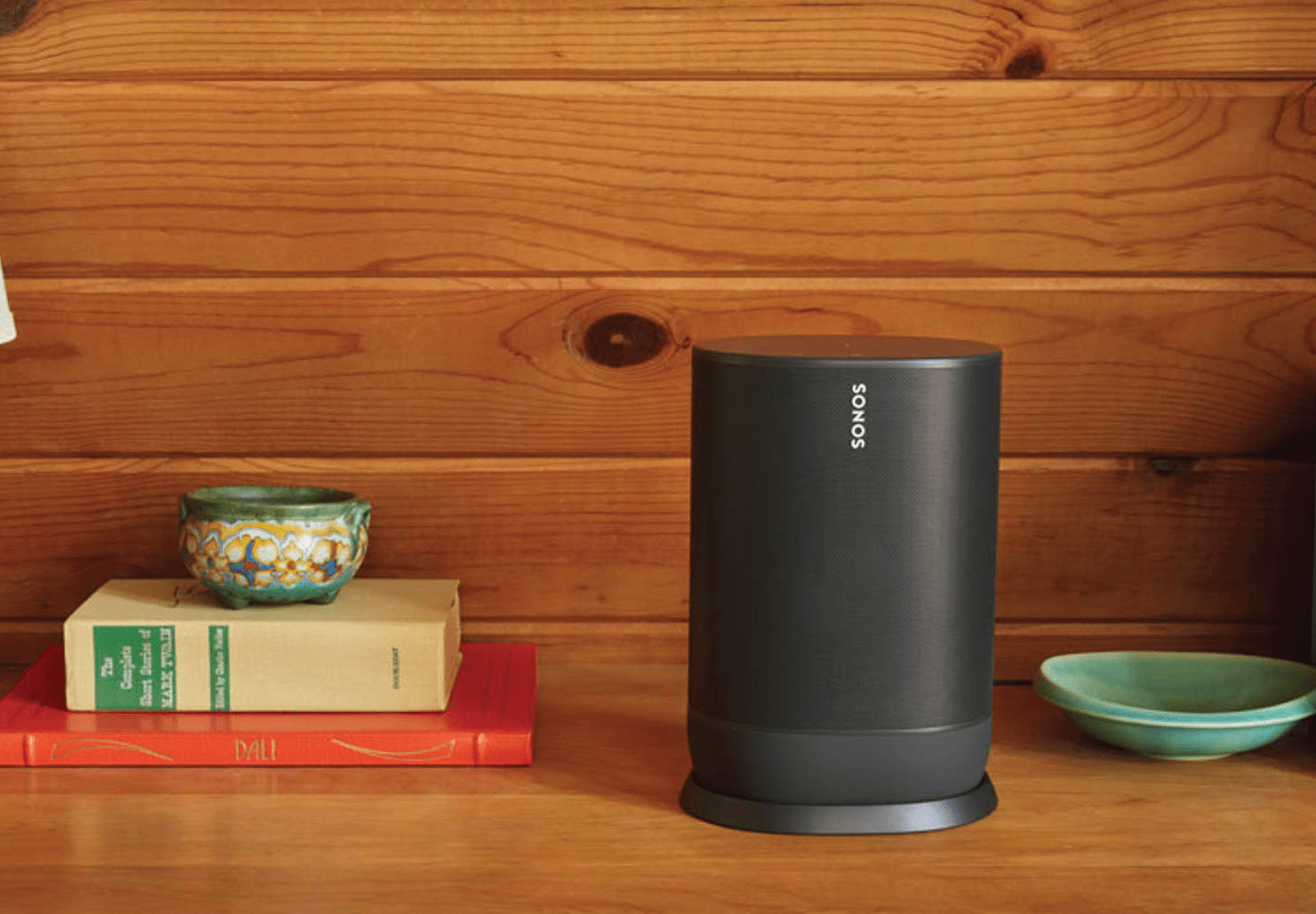 Take a step into Sonos today. Seamlessly integrates with your existing Sonos system.

the setup was easy..2 options, Bluetooth and WiFi..I paid both speakers in WiFi mode.
I must thank the team for the discount given for the purchase.
Good reviews was the thing got me to purchase a pair

A pair of sonos Move sounds amazing! thanks for sharing with us your personal experience of the sonos move!

Thank you for the 5 stars rating!!! So glad that you are loving the Roam!

Thank you for the 5 stars rating on the Sonos Move!

I recently purchased the speaker after viewing/reading several reviews, almost all of which had complimentary things to say about the Move.

I had considered the Move when it was first launched a couple of years back, but had held off given its price tag, and the weight of the device, which I didn’t deem that as allowing true portability.

However, supported by the reviews I have seen, was sold on the extended wifi capability of the Move, which allows me to have music/audio in the patio and roof terrace outside the house, plus its weather-proof features. The sound quality isn’t bad either! :) And while heavy for a portable, carrying it is by no means a burden after being used to it.

Since the purchase, and having used it, it does meet the intentions I have for the Move. I am still learning though how to manage its battery life as the power drainage does seem a little quick.

Nonetheless, am glad to have gotten this device to meet my needs.

Hi Kheng Lai! We are so glad you got your hands on the Sonos Move :) Yes, they are amazing and the auto true play function tune your music to it's optimal sound no matter where you bring them to. We believe that they are a great companion to your daily life!

B
Benson Toh
Quality sound with strong base

I was quite surprised at how good the sound coming out of the Sonos Move. It’s rich in base and vocal clarity is good at both Low and high volume. The battery lasts and it works seamlessly with my Sonos Arc and Sonos 5. Now I bring the Sonos Move to the toilet when I shower and to the balcony when I’m painting. Great product! 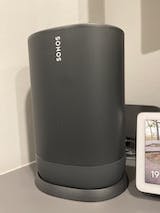 Happy to hear how the Sonos Move brought so much convenience to you at home for you to move them around from balcony to toilet. Have fun!

How do I use Bluetooth?

Once you have set up Move on your WiFi network, press the Bluetooth/WiFi mode button on the back of the speaker to switch to Bluetooth mode. The LED on top of the speaker will illuminate blue. To pair, select Move from the list of available devices on your phone. If it does not appear, press and hold the button.

How long does the battery last?

Move’s battery will last for up to 11 hours of uninterrupted playback. Pausing, volume level, Bluetooth, heat exposure, and other factors will cause battery life to fluctuate. If left off the charging base and unused, the battery will last about 120 hours.

The battery should last about three years or 900 charges, after which you can purchase a replacement battery.

Does voice control work on Bluetooth?

No. You must be connected to WiFi for the Google Assistant and Amazon Alexa to work on Sonos.

Can I stereo pair Move?

Yes. You can pair two Moves on WiFi for stereo sound.

Also Recommended For You